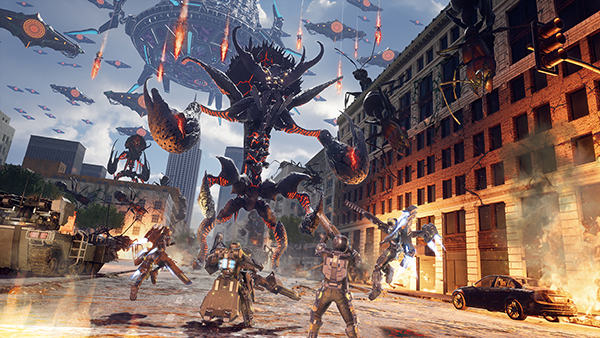 Save the world without hope.
Year 2040. An action TPS where you will become one of the EDF soldiers and fight against the invaders from outer space which ruined the world. In the world settings which differs from the original "EARTH DEFENSE FORCE" series, more than 50 missions in five difficulties await for your challenge.

●50+ Missions in Five Difficulties
The furious battle against the invader Aggressors is full of chaos. Includes 50+ severe missions, where you must fight against gigantic enemy creatures and huge invader weapons in 5 different difficulties.

●Bring Personality to the Battlefield
Includes character creation mode. You can select your favorite gender, face, hair style, weight, voice and outfit. You can also change the personality of yourself.